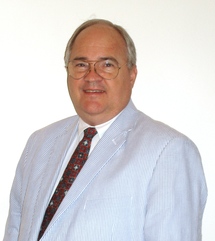 Bachelor of Science in

Master of Architecture in

Jack Carter, President and Founder of John Stoudenmire Carter Architect, P.A., has more than 30 years of experience in the Architectural profession.

Jack Carter, President and Founder of John Stoudenmire Carter Architect, P.A. has more than 30 years experience in the Architectural profession.  He is a 4th generation native of DeLand and started his own firm in 1993 which has been serving the West-Volusia community ever since.  His experience spans a wide genera of project types.  He is a published author on Code Compliance and has testified as an expert witness for both land planning and architecture.   He is also well known  personally, in the area where he has been active, across decades, for his civic involvements.

In 1990, Mr. Carter joined the firm of Mitchell & Associates, Inc., a DeLand architectural firm, where he designed medical and dental offices as well as numerous churches. The firm was small and offered an opportunity to become a partner in the business. During his brief stay, he brought the firm two of the largest projects that the firm had ever designed. Unfortunately, the recession of 1991 caused very a serious restructuring of the firm, which ultimately closed a few years later.

After this experience, Mr. Carter then served as Vice-President of Matsche Construction Company, Inc. in Mt. Dora, Florida where he qualified the firm as a Florida State licensed Design Build firm. While there, He designed and documented numerous medical offices and ambulatory surgical centers in addition to custom residences. During his tenure is when Mr. Carter developed his acute awareness of construction costs and his attitude toward working "hand-in-hand" with contractors and sub-contractors to achieve the best possible results for his clients.

In June of 1993 Carter-Lemmen Architects, Inc. was established in Orange City, Florida. In July of 1994, Mr. Lemmen left the firm to return to his home state of New York. At that time, the name of the corporation was changed to John Stoudenmire Carter Architect, P.A. and then Mr. Carter assumed all responsibilities of the firm. In May of 1996, John Stoudenmire Carter Architect, P.A. was relocated to its current address in DeLand, Florida.

Mr. Carter brings a unique understanding or the history and heritage of the West Volusia Community 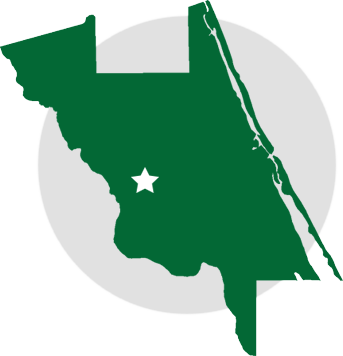 He is a 4th generation native of DeLand and is actively involved in maintaining the integrity of the community through civic, religious, and social affiliations. Mr. Carter has a keen interest in and sensitivity to the aesthetics of the area's buildings. He has worked with other local architects and City leaders to fashion a set of "Community Design Standards" for the City of DeLand. He is past president of Orange City’s Historic Preservation Board and has been active in his opposition to buildings, which do not integrate with the fabric of the community. A fundamental belief of Mr. Carter is that many areas of central Florida have a heritage of rich architecture, which should be strengthened by blending the design of the new facilities with the traditions of the area. To that end, the design of new buildings should embrace the time honored architecture of the past while utilizing the technological advances and functional patterns of the present.